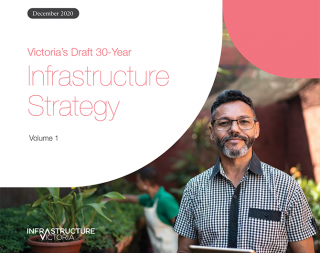 With the assistance of members and stakeholders, Committee for Melbourne (the Committee) provided a submission to IV as part of the consultation period.

The Committee’s response drew on existing policy as well as feedback from members relating to various challenges associated with energy and sustainability, housing and transport.

The Committee strongly endorses IVs recommendation for the Victorian Government to publish an integrated transport plan that includes land-use planning. Following the publication of Transporting Melbourne by the Committee in July 2020, which called for the design and publication of an integrated transport plan, it was pleasing to see support for the idea.

Other issues addressed in the submission include, but are not limited to, consideration of the need for:

The Committee thanks each individual from the following organisations that contributed to the Committee’s response:

We look forward to the publication of IV’s completed strategy and the government’s response.