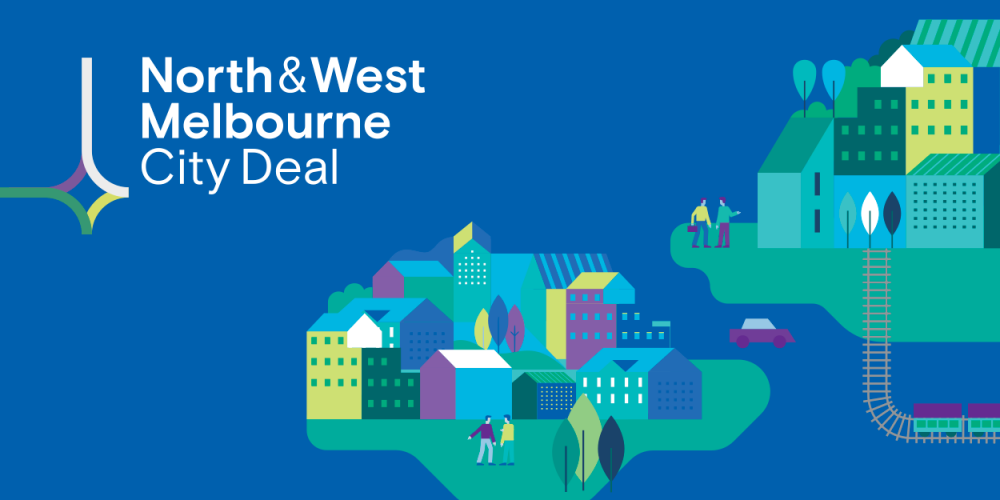 Melbourne’s North and West have joined forces in an unprecedented, unified call for a 20-year program of projects and investment. One in 12 Australians and one in three Victorians live in this region, underpinning its significance to the state and national economy.

The North and West Melbourne City Deal Plan will help create 300,000 new jobs, reboot business, boost social and economic inclusion, and leverage the region’s existing strengths in health, food production, manufacturing and logistics. It includes intergenerational investment projects, some of which are underway or planned, while others are brand new.

Former Premiers the Hon Steve Bracks and the Hon John Brumby, and President of the Senate the Hon Scott Ryan, launched the Plan on 24 August. Thirteen local Councils (represented by LeadWest and the Northern Councils Alliance), La Trobe and Victoria Universities, and economic development groups NORTH Link and WoMEDA came together to develop the Plan.

The next step in progressing the City Deal is to seek formal Memorandum of Understanding arrangements at a Commonwealth, State and local government levels.

COVID-19 has had an impact on all Australian communities but particularly on the North and West of Melbourne, a region that was already experiencing high unemployment and low local job availability prior to the pandemic.

“A City Deal for the North and West Melbourne region was urgently needed before COVID-19… it is even more critical today,” former Premier and Member for Williamstown, and Chancellor elect of Victoria University, Steve Bracks, said.

“Before the pandemic, 300,000 jobs were going to be needed to match the projected population growth in the region. Even more jobs will be needed now.”

“This proposal is a blueprint for the region to respond to the impacts of the pandemic, and, over the medium-term, to create a job-generating plan to deliver economic prosperity in Melbourne’s North and West.”

Former Premier and Member for Broadmeadows, and now Chancellor of La Trobe University, John Brumby said this is the first time the North and West have come together with a single economic vision, with bipartisan support.

“With the population in North and West Melbourne tipped to reach 3 million by 2040, we need to kickstart the economy in this region, and this Plan is the key to doing just that.”

Senator for Victoria Scott Ryan said the region is of vital economic importance, containing Melbourne Airport, the Port of Melbourne, the national freight rail terminal and the Hume Freeway.

Through City Deals, Commonwealth, state and local governments can work together to drive national priorities tailored to local needs, develop plans for growth and commit to the actions required.

Adoption of the North West Melbourne City Deal Plan will deliver Victoria a thriving and sustainable community outside the CBD. Major employment precincts across the region and beyond will be connected through the Plan, which will reform the economy and allow businesses to recover and grow.