03.08.2022More than a game: Red Devils ignite Melbourne in more ways than one 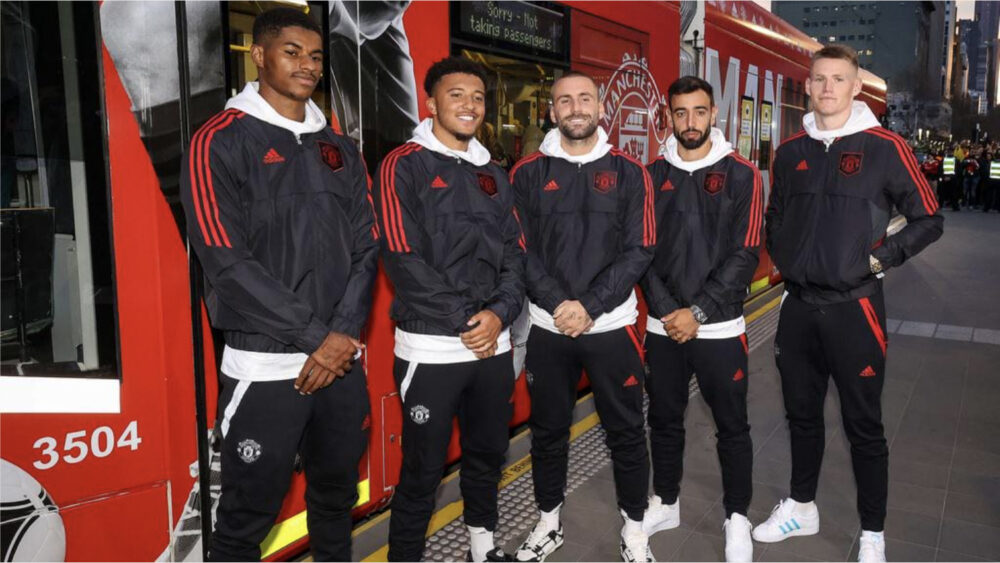 Manchester United – a pillar of English football and one of the world’s most successful sporting clubs – took centre stage in Melbourne last month.

Nicknamed the Red Devils, the iconic club captivated over 150,000 local supporters, who watched its dizzying array of talent take on Melbourne Victory and Premier League rivals, Crystal Palace, at the MCG.

With its legion of global fans and huge Australian following, United’s tour down under was a pertinent reminder of the economic and international brand projection benefits that come with hosting major events.

Over 40 per cent of ticketholders were from outside Victoria, helping inject millions of dollars into the city economy as visitors booked out hotels, dined at restaurants and purchased memorabilia – offering respite for many business owners after a tumultuous period.

The tour did Melbourne’s global reputation as a major events mecca no harm. Both matches were broadcast throughout Australia and globally on MUTV, while United’s sizeable marketing team saturated social media channels with tour updates and match highlights.

Authorities need to build on this success and reinvigorate Melbourne and Victoria’s visitor economy, worth an estimated $29 billion in 2019 and which supported 263,300 jobs – 7.8 per cent of employment in the state.

While the sector’s revival will require a multi-faceted approach, delivering events is crucial. Melbourne does not possess a spectacular harbour with two architectural masterpieces, or a stunning coral reef system, to attract visitors. We must attract them with what we do have: eclectic laneways, a vibrant live music scene, café culture and of course, major events.
We are good at entertaining visitors too: the Committee’s  Benchmarking Melbourne 2022 report ranked Melbourne third against 19 peer cities for its experience economy – our highest ranking across all categories. Doubling-down on this strength with further investments is a no-brainer.

Whether it be sporting events, art exhibitions, business conferences, music performances, dance, food, fashion or flowers, Melbourne must continue to cater for a range of tastes and interests. It is intrinsically linked to the city’s identity and should be optimised at every opportunity.

Melburnians need to be acutely aware of the economic and brand benefits that come with delivering events – large and small – and continue to support them. They have contributed to Melbourne’s success and will help the city maintain its brand and economic strength after a particularly challenging couple of years.