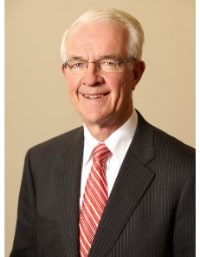 In October 2010 the Committee for Melbourne in its “Melbourne Beyond 5 Million” report series foreshadowed several energy challenges facing our city as its population marched towards 5 million (now reached) and beyond.

These challenges and concerns included the following (verbatim):

Supplementing clean baseload power in Victoria could come from wind power (of which Victoria has a natural abundance) solar power from both large thermal plants and decentralised systems on building rooftops distributed within urban areas, and combined cycle gas generation

Natural gas is a relatively clean and efficient fuel within the residential, commercial and industrial sectors as well as providing a fast-responding low emission generation source for electricity

With increased use of gas for electricity generation, and as a result of population growth, the long-term adequacy of our local gas resources may be in question

Nine years on – in December 2019 – many of these challenges and concerns have proved to be very far sighted and whilst some have been addressed many remain unresolved and several additional concerns can now be added to the list, including:

Whilst both Federal and State Government instrumentalities are working on long term (multi-decade) plans for reliable, affordable and sustainable electricity and gas systems Australia-wide, there are some specific short-term initiatives required in Victoria to secure uninterrupted electricity and gas supplies over the next 5 to 10 years for Melbourne as follows:

Planning of transmission upgrades to better connect Melbourne to NSW, Snowy 2.0 and the numerous solar and wind powered generators in Western Victoria

These initiatives will make a major contribution to ensuring an equitable energy future for Melbourne residents, businesses and industry by assisting in the provision of affordable, reliable, dispatchable and environmentally responsible energy supplies.

Such an equitable energy future should be a fundamental objective for our growing city and hence a key pillar in the Committee for Melbourne’s strategy for “Future Melbourne”, as its population grows beyond 5 million towards 6 million and more.

Read the Forum Highlights and listen to the podcast of this highly informative panel here.

A reflection on the Energy Security Forum by the Committee here.