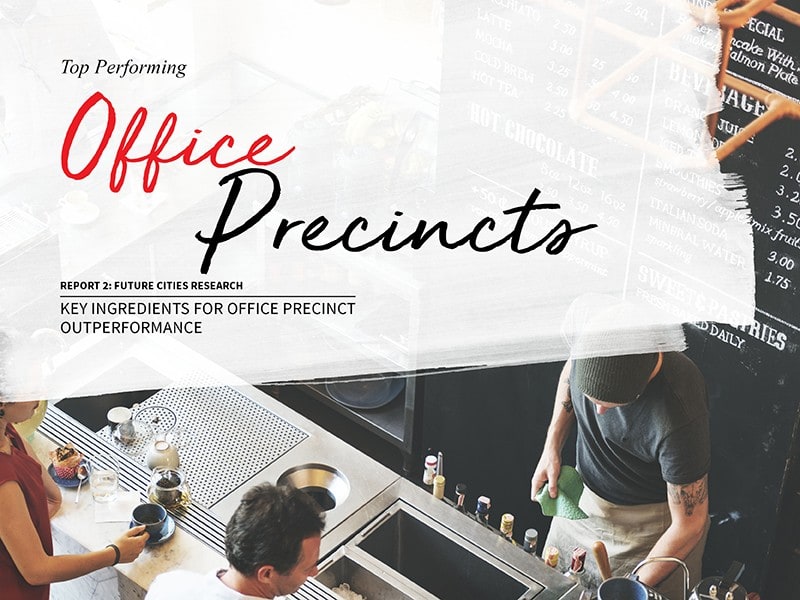 The race is on to build new office stock in the suburbs of Melbourne, Sydney and Brisbane as Australia’s population heads towards 36 million and CBD markets are squeezed, JLL’s latest research has found.

Australia’s five biggest cities will need to add more than 13 million square metres of new office space by 2047 to cope with population growth.

JLL’s latest Future Cities report, Australian Cities for a Metropolitan Age, says the demand is most urgent in Sydney and Melbourne, both of which are expected to have 8 million people by 2047. Each will require more than 4.0 million square metres of CBD and suburban stock.

Australia’s population is likely to reach 36 million within the next 28 years, according to the Australian Bureau of Statistics. Our numbers are growing 1.6% a year, second only to New Zealand (+1.9%) among the 36 member OECD countries.

Infrastructure’s ability to keep up will be critical in Melbourne, which the ABS suggests could reach 10 million as soon as 2054, approaching the size of London, Paris and Bangkok.

However, Australian cities have a far higher proportion of CBD office space – in Adelaide, the ratio is 100% CBD – than European cities such as Berlin, Frankfurt, Barcelona and Paris, whose CBDs typically account for less than 20% of overall stock.

JLL Victoria Managing Director, David Bowden said “Office markets in Australia’s largest cities have no option but to become more metropolitan as the cities grow. Demand for office space is being influenced by both the rise of new industries and the way we work”.

Melbourne, Sydney and Brisbane must further develop their fringe and suburban office areas, as these are where most of their new stock will be in 2047, JLL’s researchers have found. Suburbs such as Sydney’s Parramatta, Macquarie Park, North Sydney and Norwest, and Brisbane’s Fortitude Valley will grow in size and importance as the economy trends towards knowledge-based workers and their demand for flexibility.

Melbourne, requiring 4,810,000 square metres, has suffered from a decade of minimal non-CBD office development and now has the lowest CBD vacancy rate (4.8%) since 1989.