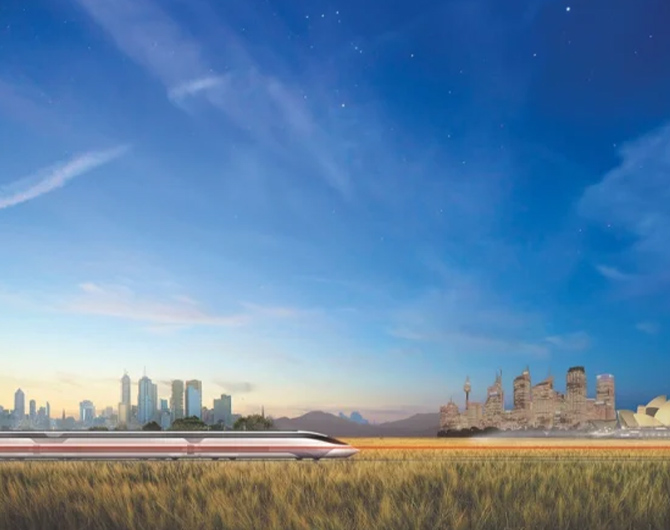 The importance of improving processes related to the funding and financing of faster rail has been widely acknowledged – and COVID-19 has heightened its urgency.

The report complements Committee for Melbourne’s (the Committee’s) own report – Reimagining Australia’s South-East – released in May 2020. It argues for the establishment of an Eastern Seaboard Megaregion underpinned by faster rail.

With major fast rail projects expected to help drive Australia’s economic recovery, there are opportunities that lie beyond creating jobs and transporting people from one place to another – there is the potential to reshape Australia.

Population growth, a transforming economy, an ageing populace, and urbanisation are reconfiguring our cities and regions and a plan which includes faster rail, could help manage such significant and complex change.

Following that meeting, the Committee provided a submission to the Inquiry into options for funding faster rail, which stressed:

“In its submission, the Committee for Melbourne highlighted the benefits of investing in faster rail, including to economic activity and job creation, and longer-term benefits through improved mobility and connectivity. In particular, in facing the economics challenges of COVID-19, it stressed that:

…there never has been a more relevant time to consider investment in faster rail and infrastructure which could underpin Australia’s recovery and enable greater connectivity between the major cities and regions.” (p. 9).

The Standing Committee’s report recommendations repeatedly emphasise the importance of inter-governmental collaboration; another focus area highlighted by the Committee.

We look on with interest knowing that the time for action is now. Australia should consider how clever investment in worthy and sustainable projects to boost productivity and aid economic recovery can be achieved whilst drawing on innovative funding mechanisms.

With the ramifications of COVID-19 to play out for years, every taxpayer dollar must be invested wisely and fairly. Considering the benefits of faster rail investment, as well as designing and implementing a robust value capture model, is a good place to start.

Our submission can be viewed here.

Our Reimagining Australia’s South-East report can be viewed here.

Our forum with John Alexander OAM MP can be viewed here.