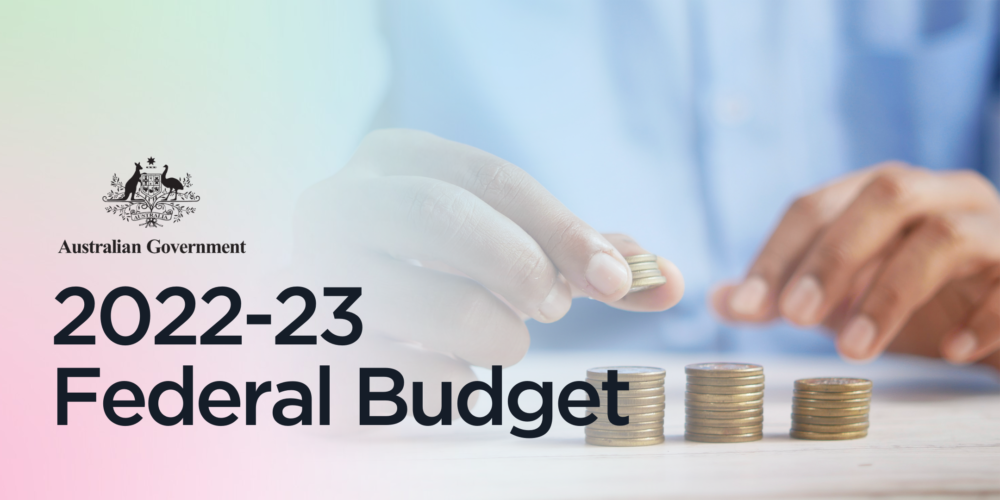 Federal Treasurer Frydenberg delivered the 2022 Federal Budget to the nation last week. Against the backdrop of COVID-19, Russia’s invasion of Ukraine, regional geopolitical tensions and cost of living pressures, resilience and security was the order of the day.

It comes at a time when Committee for Melbourne (the Committee) has launched Benchmarking Melbourne 2022 (the report), which offers data-driven insights into how Melbourne is faring across areas of liveability, connectivity and the economy. The report provides a basis for discussion on Greater Melbourne’s strengths and opportunities, and for consideration of the budget’s likely impact on the city’s core challenges associated with infrastructure, housing, skills, technology and innovation, and climate change.

Infrastructure investment featured prominently in the budget as expected. The $3.1 billion allocated for two freight terminals in Beveridge and Truganina is estimated to remove 5500 trucks from Melbourne’s roads daily. The investment includes rail infrastructure to ensure that more goods are removed from the road network. It was an area that required urgent attention. As highlighted in the report, only 6% of freight is moved by rail in Melbourne compared to 20% in Adelaide and 16% in Sydney.

Though investment in Melbourne’s freight network is welcome, the allocation of federal funds for infrastructure projects remains a source of angst for many states and territories. Victoria again received a disproportionately smaller share of investment relative to its population size. A comprehensive integrated transport plan for Melbourne, which includes land-use and economic development planning, would help address this issue. Such a plan would help guide national and state infrastructure investment, with major projects underpinned by rigorous and independently verified business cases. The State and Federal Governments should cooperate on developing such a plan and delivering it through sensible investment.

Touted as a cost-of-living budget, it could have gone further in addressing the biggest cost of living: housing. Melbourne continues to grapple with surging house and rental prices with the report highlighting the city as the world’s 6th most unaffordable English-speaking metropolis for buying a home. While measures such as doubling the first home buyer Home Guarantee Scheme to 50,000 places per year are welcome, more is needed to tackle the big issues of supply and planning. Only a coordinated approach between the Federal and State Governments will effectively address the challenge of delivering more social and affordable housing.

Skills development and retention is a burning issue. To recover from COVID-19 and propel the economy forward, Melbourne requires a diverse mix of skill sets. The budget will provide $3.7 billion to increase investment in Australia’s skills development; a welcome initiative and one that will require state and territory support to ensure that the skills system supports economic growth and resilience.

Lifting migration levels could have helped address the current skills shortage across all sectors. Permanent migration targets will remain at 2020 levels of 160,000 places, including 109,900 Skillstream places. Policies to attract and retain highly skilled individuals  (including international students) should be determinedly pursued.

A major economic growth driver will be Australia’s capacity to develop its technology sector and innovate. The budget included a $130 million investment over four years to continue implementing the $1.2 billion Digital Economy Strategy announced in last year’s budget. Developing the sector will require a broad suite of initiatives and incentives. According to the report, Melbourne ranks 15th of 18 peer cities for the proportion of the population employed in technology intensive industries and sits in the bottom 40% among 87 global cities for the number of tech-enabled company headquarters relative to population size. Improvement in this area is needed for Melbourne to remain highly liveable and prosperous.

The report also revealed that Melbourne must develop its capacity to commercialize new ideas, with the translation from discovery to new products and services to create high-value jobs, attract investment, build influence and sustain economic growth. Melbourne ranked joint last among its peers for the number of sectors for which it is ranked as a global top 25 innovation ecosystem. To help address this issue, the budget allocated $1 billion to supercharge the commercialisation of research in areas like food and beverages, defence and space. Opportunities around precinct development and City Deals for Greater Melbourne should be considered to accelerate the scaling-up and growth of our digital economy and innovation ecosystem.

Opportunities remain for the Federal Government to be more ambitious in addressing climate change. While the Committee welcomes the government’s commitment of net zero emissions by 2050, lifting the 2030 carbon emissions reduction target will keep the country on track towards meeting its emission reduction goals.

No new direct funding was allocated for renewable energy generation projects with the government instead investing just under $250 million over five years to support investment in low emissions technologies. This is a missed opportunity for Melbourne and Australia. Bolder policy action is needed to facilitate the energy transition to renewable energy and to support nascent green industries.

As the Federal Election approaches, we encourage national policymakers to consider how the Commonwealth can aid the performance of Melbourne’s outer metropolitan suburbs. The report revealed that Melbourne is a tale of two cities, possessing a world-class city centre and an underperforming metropolis. Improved transport connectivity, including active transport options, housing affordability, green spaces and the integration of experiences across the whole of Greater Melbourne will be important.

Establishing a clear and definitive national vision and brand will be critical. We should consider the sort of country we aspire to be and to pursue that vision with fervent energy. The report revealed that Melbourne has an unusual imbalance between its brand and performance, with the latter failing to live up to the former; something that must be avoided at the national level.

So, did the 2022 Federal Budget address Melbourne’s core challenges? To an extent, but much work remains. We look forward to our continual engagement with the Federal Government as we shape a better future for Melbourne and look forward to the Federal Election and the opportunities for bold policy initiatives.