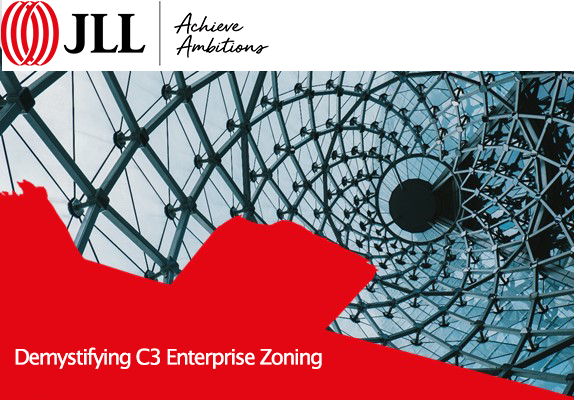 On Thursday 9 May 2019, JLL hosted a session focusing on the introduction of the Victorian State Government of Enterprise Precincts and the new Commercial 3 Zone as the tool to deliver on this initiative.

Facilitated by David Brown (Head of Strategic Consulting at JLL), attendees listened to the panel of experts as to the why and the how behind this concept. Panel members were:

“…the ultimate purpose of the physical workplace – in any type of economy – is to support social interaction, which drives the innovation necessary to support a diverse and resilient economy, society and city.

The increasing fluidity of work – and the increasingly blurred demarcations across business sectors and working districts – means that there are opportunities to create new innovative mixed-use typologies of networked spaces, to reflect the gradual convergence and co-location of working, living, creating and making.

Ultimately, the workplace of the future will need a new typology of the city.”

The drivers behind the concept of Enterprise Precincts is the understanding that effective economies are increasingly oriented towards creative problem solving – and the introduction of disruptive technologies. Work as we know it is changing – and many ask how do we cater for future jobs from an environment and space perspective?

Melbourne is in the process of planning to meet the forecast 1.5 million new jobs in Melbourne by 2050. Competition for land is hot – particularly in inner Melbourne. Governments (state and local) have found themselves questioning how to best use land to balance between accommodating a growing population with the need to grow the economy (and specifically the jobs that the state are aiming to attract). In the past developers focusd on maximising the residential offering in any mixed use zone – things need to change in the fastest growing city in Australia to ensure we cater for the right balance.

The Enterprise Precincts aim to give preference to new and emerging business enterprise – while supporting the creation of amenity to attract people to work in such areas.

To address this, the state has produced a framework to define and support ‘Enterprise Precincts’ as hubs for the emerging economy. The framework provides an approach to assess the strengths and weaknesses of precincts – as they won’t work everywhere. It appears that an interface between old industrial and residential uses (such as Cremorne and Brunswick) are the initial locations being identified for such Enterprise Precincts. The VPA will continue to investigate where the logical future places will be.

To support this framework a new zoning tool – the Commercial 3 Zone– has been developed that better aligns with the needs of modern /emerging economy and has a clear purpose to promote innovative and enterprising mixed-use precincts.

The issue now for land owners and developers is to think through the value proposition of their project offering. A key consideration will be identifying the benefits of moving development concepts beyond the obvious to deliver places that are heavily tenanted, visited and occupied (creating a solid return) in a manner that caters for future economic, residential and social trends.