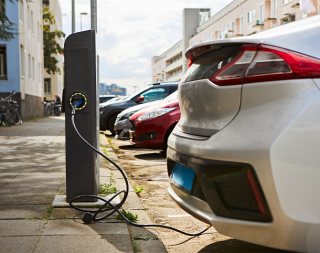 This sense of optimism was prevalent at the Committee’s recent forum Preparing for the electric vehicle revolution, featuring CimateWorks’ Rupert Posner, Toyota’s Michael Elias and GHD’s Mike Erskine as panellists, and the Committee’s Leanne Edwards as moderator.

The forum sought to unpack the state of EV uptake in Australia, the policy framework required to nurture its development, as well as the impacts widespread electrification would have on Australia’s economy and its response to climate change.

Despite the policy ambiguity stretching across the continent, the panel collectively argued that EV technology has a bright future in Australia. Key takeaways included:

Prospects for other zero emission vehicles (ZEVs) were discussed at the forum. Toyota has had great success with its hybrid models and sees enormous potential in hydrogen fuel cell technology.

This forum builds on work undertaken at the Committee. Our 2020 report Transporting Melbourne called for a comprehensive and publicly available integrated transport plan, which incorporates land-use and economic development planning. Such a plan would need to consider rising demand for EVs and ZEVs.

In its Draft 30-Year Infrastructure Strategy, Infrastructure Victoria recommended to accelerate the uptake of zero emission vehicles. The Committee endorsed this recommendation in its submission and emphasised the importance of having a comprehensive, nation-wide strategy detailing how a successful transition to EVs and other ZEVs will occur.

According to one panellist, approximately 100,000 charging points will be required across Australia by 2030. Such necessity will require coordinated planning across jurisdictions to ensure a smooth and successful transition to EVs.

While Victoria does not yet have a comprehensive integrated transport plan, the Victorian Government has announced a $19 million investment in new charging stations as part of a larger package to boost the number of EV sales by 2030. This is a positive development, but consideration of existing policies and initiatives across jurisdictions should be considered and integrated where possible.

The Committee thanks the panellists for participating in this fantastic event. We look forward to continuing our work with members and stakeholders on shaping Melbourne’s future.