01.07.2021Australian climate policy: Shifting the dial for a sustainable economy 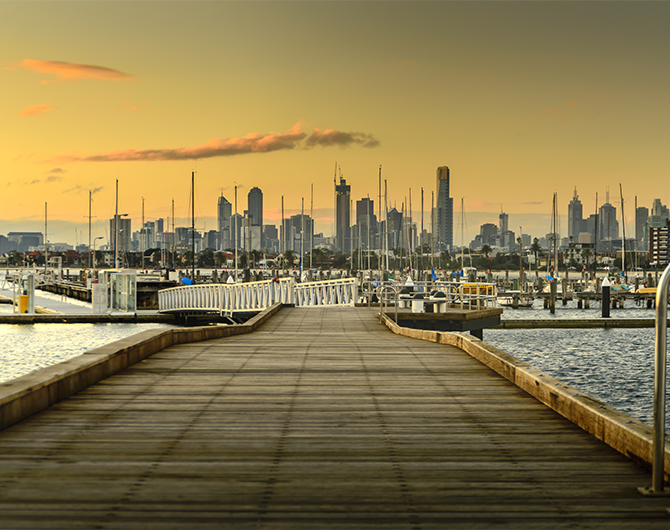 Journalists, analysts and opposition politicians speculated that the US Presidents’ actions could have been a response to Australia’s failure to commit to net zero emissions by 2050.

Whether this is the case or not, Australia is becoming more isolated on this pressing issue. The Climate Change Performance Index ranks Australia second last on climate change policy, out of 57 countries responsible for more than 90% of greenhouse gas emissions.

The Federal Government’s policy is to reach net zero “as quickly as possible and preferably by 2050” through commercialisation of low emissions technology.

For a world determined to decarbonise, this policy does not pass the ambition test. Australia is on track to possess the most carbon-intensive economy of any major developed country by 2030.

Australia will not be able to fly under the radar on climate policy for much longer, and will need to be more ambitious in the lead up to COP26 in Glasgow.

While only global action will avert the worst consequences of climate change, Australia has an opportunity to take meaningful action and encourage other countries to do the same. It is in the national interest that the global average temperature does not exceed 1.5° Celsius.

Not shifting the dial on climate change will have three major implications for Australia.

Firstly, Australia’s natural environment, society and economy will suffer from climate change. Recent catastrophic bushfires and flooding are harbingers of things to come.

Secondly, failure to take meaningful action will have economic consequences. The European Union will introduce a carbon levy on products from countries lacking ambitious pollution reduction policies. Australia is on their list.

Australia’s export profile is highly exposed to shifting demand. As countries attempt to reduce greenhouse gas emissions, their appetite for Australia’s fossil fuels, including coal and natural gas, will diminish.

Finally, Australia will miss opportunities to boost job creation and economic growth, particularly given the country’s abundance of natural resources that could generate plentiful green energy.

Of course, setting a target of net zero emissions without rupturing the economy requires a plan for how it can be achieved. With significant intellectual horsepower and resources at our disposal, why not create a plan?

The absence of a nationally co-ordinated plan to reduce greenhouse gas emissions has Australia’s states and territories filling the void. Regardless of party affiliation, all have announced intentions to achieve net zero emissions by 2050.

Inadequate action on emissions reduction at the federal level will hurt Melbourne. One study rated Melbourne fifth among 85 major metropolises forecast to be worst affected by climate change with water demand forecast to be double the available supply by 2040. Rising sea levels and intensifying heatwaves also present significant threats.

Setting an ambitious, national emissions reduction target would boost Melbourne’s innovative capacity and enable the creation of thousands of high value-adding jobs, with the commercial potential for organisations that develop and scale-up products and services profound.

The absence of a clearly defined target also deprives us of a clear mechanism to encourage investment in large-scale, low-emissions projects. This reduces the incentive for national and foreign businesses to invest in projects that grow the supply chain and improve scalability.

Melbourne needs Australia to overcome the political inertia preventing meaningful action on climate change and take responsibility for its share of contribution to the solution. Failure to act ambitiously could leave the country less influential, less prosperous and more vulnerable to environmental disasters.