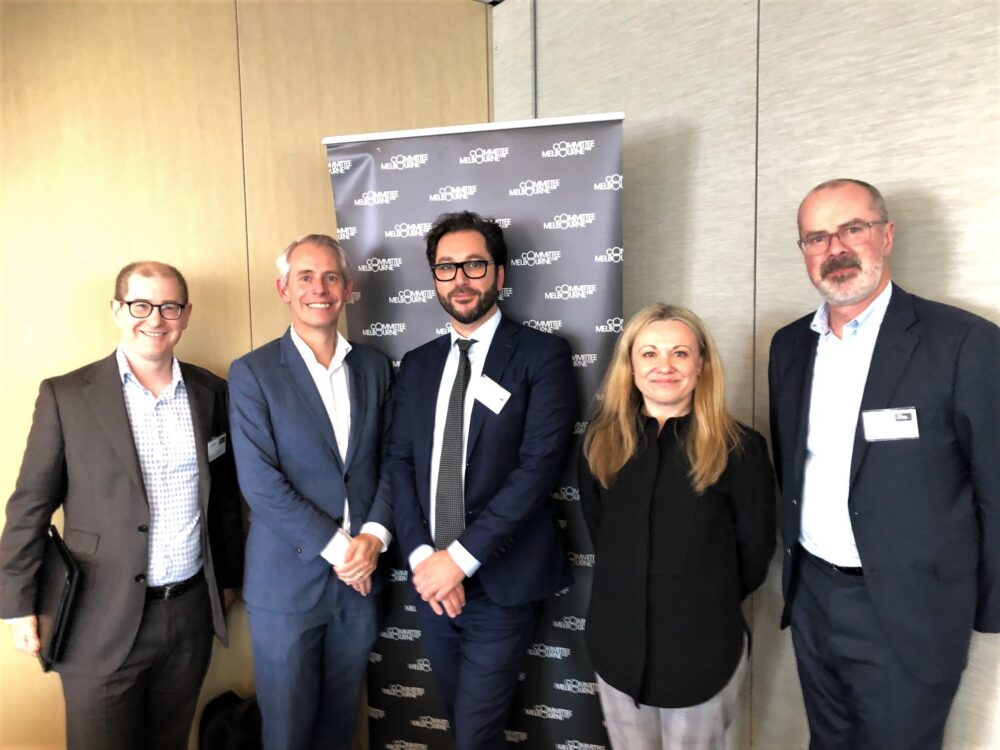 There is no doubt Melbourne has faced significant challenges over the past couple of years, with a health pandemic, natural disasters, geopolitical pressures and now a war in Ukraine. As the Melbourne economy opens and we begin to think about recovery from these challenges, this is a good time to think about the foundations of cities and how they’re shaped.

That’s why Committee for Melbourne released its 2022 Benchmarking Melbourne Report on 15 February.

Commissioned by the Committee and JLL, The Business of Cities analysed independent data assessing the city’s performance against 19 global peer cities. The Report measures how Melbourne stacks up across future economy, liveability and infrastructure & sustainability, with the aim of reinvigorating a conversation and ideas for Greater Melbourne’s future.

To further the thinking on cities, Corrs Chambers Westgarth (Corrs) and the Committee were proud to host Federal Shadow Minister for Cities and Urban Infrastructure, Mr Andrew Giles MP on Tuesday, 5 April 2022.

Joseph Barbaro (Partner in Charge, Melbourne, Corrs) was joined by Nathaniel Popelianski (Head of Property and Real Estate, Corrs) and Leanne Edwards (Director Policy and Research, the Committee) for an engaging discussion on cities across various themes including:

As the Federal Election approaches, there are many opportunities for our elected leaders to provide vision and policy initiatives that might address some of the issues raised during the discussion. The Committee looks forward to an ongoing and fruitful dialogue on how Melbourne’s future can be supported and invigorated.