Our prestigious 2018 Melbourne Achiever Award recipients were announced at our Annual Dinner on 10 May at the Forum Melbourne, honouring Naomi Milgrom AO and Melbourne and Olympic Parks for their outstanding contributions to our city. 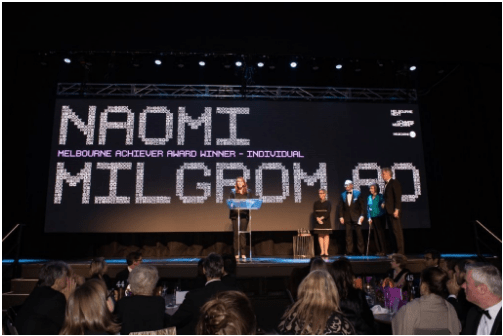 Upon accepting the Award, founder of the Naomi Milgrom Foundation and MPavilion, Naomi Milgrom, thanked the individuals and organisations that helped bring her ideas to life enriching and enlivening our city.

VicHealth CEO Jerril Rechter, who accepted the Award on behalf of VicHealth last year, presented the Award to Melbourne and Olympic Parks, recognising its crucial role in cementing Melbourne’s brand as the sport and entertainment capital of the world.

Accepting the Award on behalf of his organisation, Melbourne and Olympic Parks Chief Executive Brian Morris said “we take great pride in delivering the Australian Open, world’s best concerts and an unbeatable calendar of incredible sport…it’s a privilege to be operating arguably the best sport and entertainment precinct in the world”. 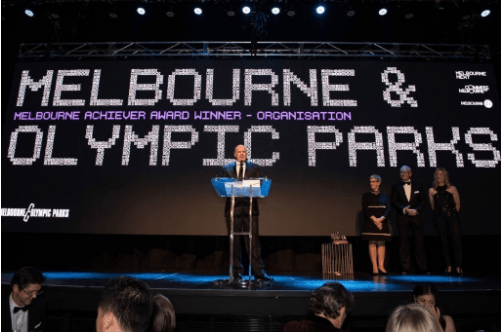 The recipients accepted the award in presence of our Patron, Her Excellency the Honourable Linda Dessau AC, Governor of Victoria.

How E-transport can create a “better normal” for Melbourne