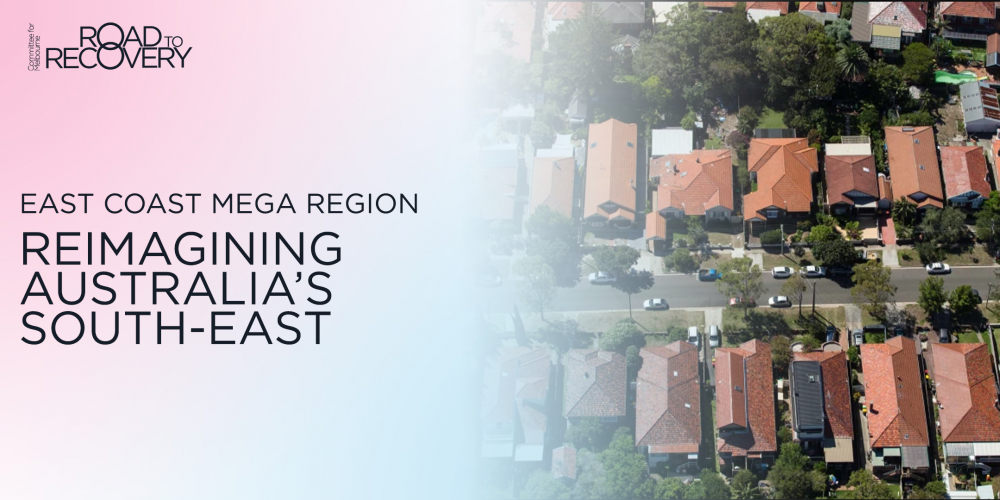 The benefits of collaboration across Australia have been demonstrated by the rapid and co-ordinated health response to the COVID-19 crisis, through the newly formed National Cabinet. It has been recognised that Australia should try to retain such cooperation following this crisis, in recovery and beyond.

It is timely therefore that the Committee for Melbourne (the Committee) has identified the benefits of collaboration across an East Coast Megaregion, in its report released on 18 May, entitled Reimagining Australia’s South-East.

The report, which was commissioned from SGS Economics and Planning, details the extensive economic and social benefit that could be achieved if an East Coast Megaregion were established from Geelong to the Sunshine Coast. The findings in the report reinforce that an East Coast Megaregion will facilitate enhanced export capabilities and co-ordinated innovation, infrastructure investment and settlement strategies. Though commissioned before the bushfires and COVID-19, its recommendations appear to the Committee, more apposite than ever.

Join Martine Letts, CEO, Committee for Melbourne and the author Terry Rawnsley, Principal Partner, SGS Economics and Planning, as well as a panel of experts, to hear about the benefits of an East Coast Megaregion.


You can watch the event here