Chair, Scott Tanner congratulated the Committee on maintaining its momentum while invigorating the Secretariat, improving membership services and engagement, renewing the Future Focus Group program and investing further in our policy development capability. 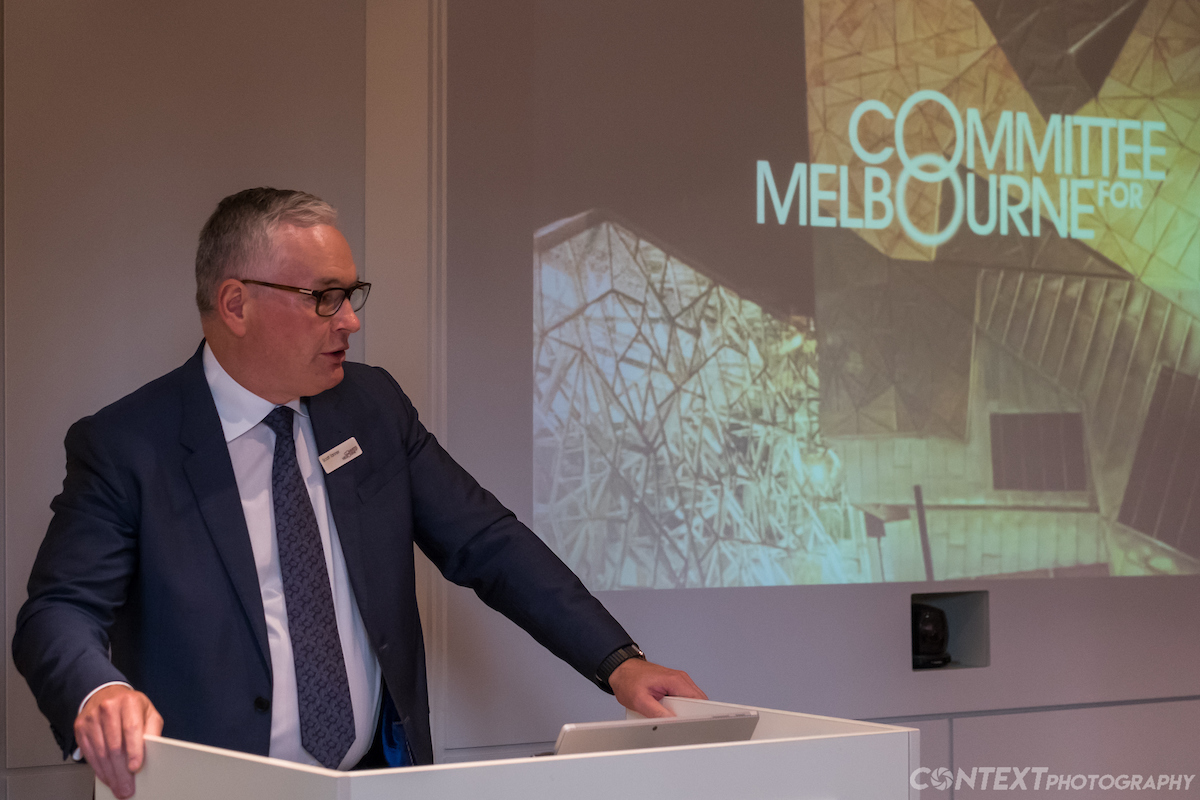 He thanked retiring Board Director, Tom Fricke, for his outstanding contribution to the Committee’s main policy platforms over the past nine years, particularly his involvement in the flagship ‘Melbourne beyond 5 Million’ and ‘The case for an independent Infrastructure Victoria’ reports.

He also welcomed a new member to the Board of Directors, Melbourne Theatre Company Executive Director, Virginia Lovett.

The Committee looks forward to working with all of you to help guide the Committee’s unique, ambitious MELBOURNE 4.0 Taskforce that will thoroughly examine how our city can make the best of the changes coming our way.

As part of their week long feature on Future Melbourne, the Herald Sun published the CEO’s Op Ed 'We face huge challenges, but Melbourne will thrive' including the MELBOURNE 4.0 animation in the online version of the paper. The message strongly reinforced the Committee’s MELBOURNE 4.0 Taskforce agenda. Read the OpEd.

This capped off a good week for the communications team which also presented its glossy ‘AGM 2016: Year in Review’ document.
Read the AGM Year in Review.

Following the October Workshop 1: Scope and Trends, the MELBOURNE 4.0 Taskforce Project Group identified and summarised 18 trends that will shape Melbourne’s future economic environment. The Taskforce members are now in the process of completing a survey to better understand the trends’ impact and uncertainty on Melbourne’s economic future. 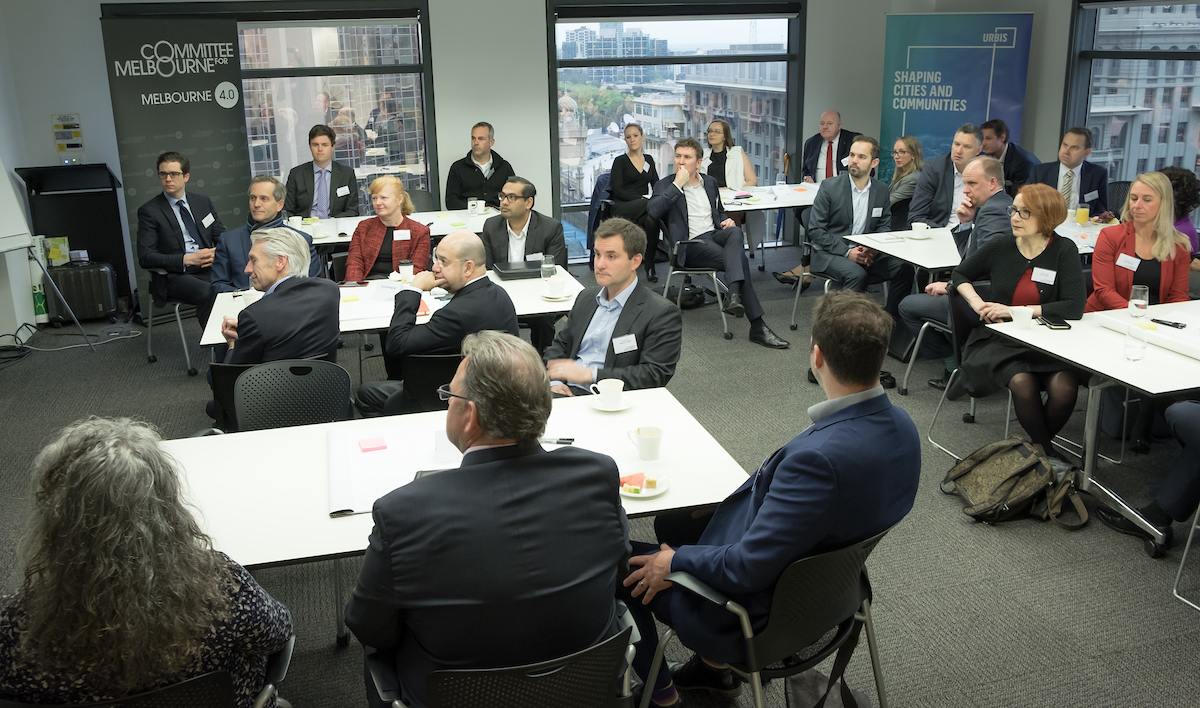 Combined with further analysis, the survey results will be presented and further developed at the next workshop on 6 December.

The Minister for the Environment and Energy, Josh Frydenberg, spoke at a breakfast meeting for members earlier this month. Host BHP Billiton’s Chief External Affairs Officer, Geoff Healy, welcomed and introduced the Minister to members.

Under the Chatham House Rule, the Minister touched on a wide range of topics, from energy security, energy affordability and emissions reduction targets and shared his thoughts on the outcome of the US Presidential election. 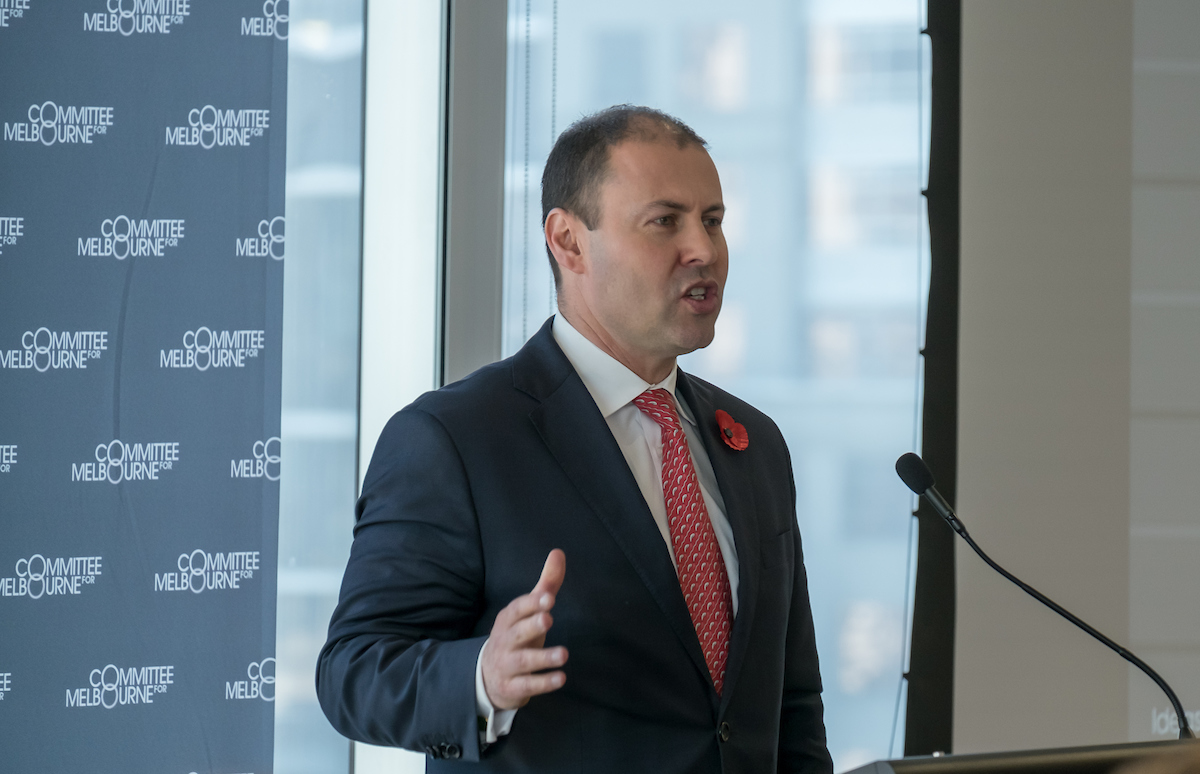 Minister for the Environment and Energy, Josh Frydenberg speaking to members on 11 November

A native Melburnian with a passion for his city, Minister Frydenberg offered valuable insights on urban planning, population growth and the future economic needs of Melbourne.

Participants in the 2016-2017 FFG program, presented their latest project work at a recent FFG workshop, hosted by Clayton Utz. The six project teams are looking at a diverse range of topics:

These projects will be showcased progressively in upcoming editions of the Committee Communiqué.

Interviews have commenced for the 2017-2018 program, which kicks off with an Induction Weekend on 10 February. For enquiries, contact Future Focus Group General Manager, Matt Gaffney, on 0403 053 198 or mgaffney@melbourne.org.au

Founding member of the FFG Steering Group Craig Harris, has stepped down from the Steering Group after being a part of it since its inception. The Committee for Melbourne thanks him for his contribution and dedication.

The first alumni event for 2017 is being planned for early March.

The Melbourne Prize for Music was announced on 9 November.Winners are: 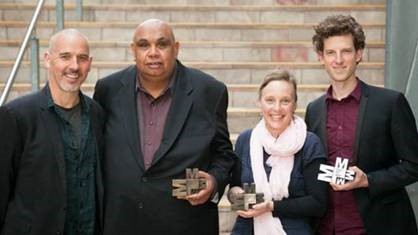 The Melbourne Prize Trust and annual Melbourne Prize is the initiative of FFG alumnus Simon Warrender. The project was conceived following the successful completion of Simon's FFG project, following which, with support from the Committee, he pursued his idea of the Melbourne Prize to recognise and reward Victorian writers, sculptors and musicians.

In 2016, the Melbourne Prize three-year cycle (Urban Sculpture, Literature, Music) is going into its 13th year and has given away well over $1M to local artists.

Read more about this year’s winners and their music.

Committee for Melbourne Foundation member, Urbis, kicked off their inaugural Emerging Leaders event at the Grand Hyatt Melbourne earlier this month. In accordance with the organisation’s overall strategic 2020 vision which highlights as priorities fostering its people and having a bolder voice in the marketplace, Urbis launched its Emerging Leaders networking event. It provides its people, at all levels, the opportunity to connect among themselves and with clients. 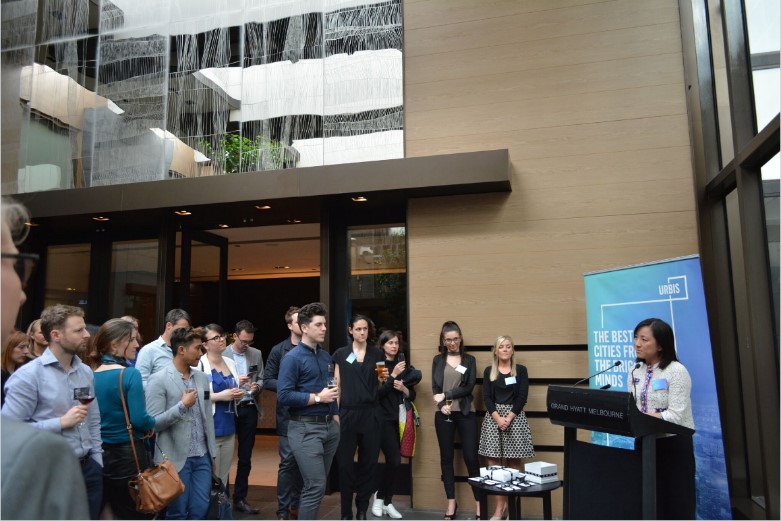 29 November – Leading Thinker Series with Chief Executive, Business Council of Australia, Jennifer Westacott, outlining how cities should adjust to change in the era of massive global change currently underway, including technological disruption, restructuring of supply chains and the empowerment of consumers. Hosted by Nous Group.

Made possible by Melbourne is an online tour featuring world-changing research taking place in the heart of Melbourne. It includes twelve examples of innovative research, including digital vineyards, robots with a human touch and growing organs outside the human body.

8 - 9 December – The 4th Annual Women in Leadership Summit, is an interactive forum specially designed for experienced women leaders and aspiring “next-generation” leaders who want to advance their career or grow their business by proactively pursuing their own professional and personal development.

CEO Martine Letts will be moderating a panel discussion titled ‘Bridging the gap between men and women in senior management’ and facilitating a roundtable titled ‘The Road to Success: Adopting a targeted approach in developing your career road map’

Members wishing to attend can get a 10% discount by contacting CfM Communications Manager, Sophie Bigaignon sbigaignon@melbourne.org.au

The Cities 4.0 Summit brings together city leaders, business leaders, designers, entrepreneurs and innovators from around the world to find ways to make cities better. It will be an innovation platform for applying ideas to real urban challenges in order to improve quality of life, strengthen economies and protect the environment.

The Committee for Melbourne is a supporting partner of the Cities 4.0 Summit.