With the Grand Prix and our Easter break just around the corner, we are looking forward to launching the MELBOURNE 4.0 report at our Annual Dinner on 11 May.

The report will outline four plausible scenarios for Melbourne’s future economy with matching strategies that will underpin our city’s continued liveability and prosperity. Currently, the key challenges and strategic options for Melbourne’s economic future, identified by Taskforce members, are being further tested with our members and other key stakeholders. Read more about MELBOURNE 4.0.

The 2017 Melbourne Achiever Award will be presented at the Annual Dinner to an individual or organisation which has made a significant contribution of lasting legacy to our city. If you would like to discuss a nomination, please call Director of Engagement Clive Dwyer on 9667 8120. View our previous winners.

We also have some new faces at the Committee:

Two new Directors, with brilliant talent and new perspectives on innovation and startups, have joined our Board:

Our Chair, Scott Tanner has taken on a new role as COO of Westpac’s consumer banking division. Board Director Elana Rubin is our Deputy Chair.

Committee for Melbourne is thrilled to welcome two new Board Directors, Jacqueline Savage and Kee Wong. Both Directors met with the Committee team, sharing their experiences and insights:

MedCorp Technologies Founder and CEO, Jacqui Savage recounted with a lot of passion the personal experience that led her to create a core temperature-sensing system which will have the capacity to save lives.The 2016 Telstra Victorian Entrepreneur of the Year took us on her journey and highlighted the importance of ‘being hungry’ to succeed as a startup.

Successful entrepreneur Kee Wong recounted his experience of coming to Melbourne as a 18 year-old student and his journey to becoming a champion for the city he loves.Spending most of his time around his entrepreneurial activities investing, advising and starting businesses, he highlighted the four areas he is particularly focused on:

Making our cities smarter is the focus of two events this week:

FFG participants in our current programs are actively engaged in stimulating personal and professional events:
The class of 2016-2017 were hosted by Grant Thornton last week at a workshop featuring a presentation on the SheWorks social enterprise of Fitted for Work from CEO Donna de Zwart.

The focus of the next workshop for the class of 2017-2018, hosted by Arts Centre Melbourne, is a skill development session on establishing projects with Cube Group Managing Director, Ben Schramm. Participants are also involved in the process of approaching potential mentors to support them during the FFG program.

Committee for Melbourne startup member Spolib, which is building a digital platform consisting of unique sport and coaching content, was recently featured in the Herald Sun as they aim to disrupt the global sports coaching model by helping more people play better at no cost. Read the article. 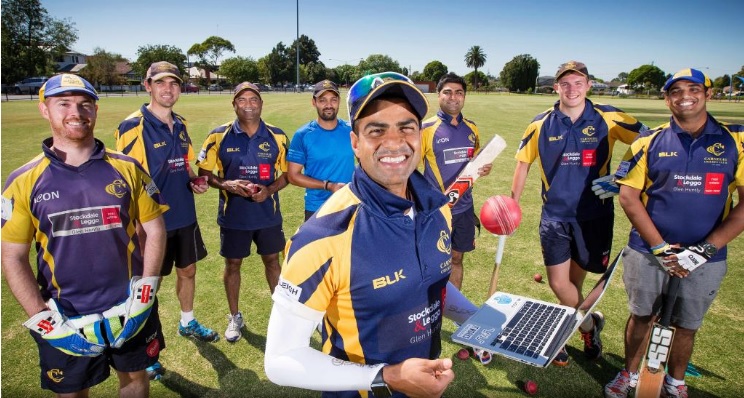 In a perfect example of digital innovation in action, Spolib co-founder Vinay Tripathi was named man of the match for Carnegie in the Cricket Southern Bayside Division 1 match against Brighton District, thanks to training via a customised learning and development pathway on Spolib Cricket.

We congratulate two of our members for outstanding achievements:

Telstra and ASCA promote smart cities – Telstra is the naming rights sponsor for the Australian Smart Communities conference in Adelaide from 29-31 May. The latest in connected technologies and collaborations between organisations to be more productive, deliver better services and improve quality of life for Australian communities will be on show.

Melbourne in 2040: green and clean or dirty and polluted – If Melbourne, Sydney, Adelaide and Perth slashed their pollution by 80 per cent in a world where carbon emissions continue to rise, what would they look like in 2040? Researchers from the University of Melbourne, University of NSW and Swinburne University released a new report on different possible scenarios.