2017 Melbourne Festival
This year's festival, under the artistic direction of Jonathan Holloway, offers a rich program of local and international performances in theatre, music, the visual arts and ideas underscoring Melbourne’s reputation as Australia’s cultural capital. I was thrilled to attend the launch earlier this week and congratulate Committee Member Melbourne Festival for what promises to be an extraordinary program which will lift our spirits and expand our horizons.

Melbourne Metro Rail Authority (MMRA) Stakeholder briefing
At the MMRA briefing this week I was delighted to see four of our Members involved in the delivery of the project – congratulations Arup, Arcadis, LendLease and Hassell for being part of a city-shaping project with world-class design and engineering.  All the stations will activate the public spaces around them and their design are underpinned by way-finding principles, use of natural light and safety. High capacity signalling and other technologies should reduce crowding, increase services (a train every 2 to 3 minutes) and remove bottlenecks in the Cityloop.

C2 Melbourne
In a world first, Melbourne has secured major event C2 Conference, becoming the only city in the world outside of Montreal to host the event and I am thrilled to announce that the Committee is a proud ‘Partner from Day 1’. The conference which is described by Le Nouvel Observateur as the ‘Davos of Creativity’ and ‘unlike any other’ by the Harvard Business Review will take place in Melbourne from 30 November to 1 December. More details on our involvement shortly, but in the meantime visit c2melbourne.com to find out more about this transformational event.

Last week, our Melbourne 4.0 report received great coverage in The Australian. The article highlighted some of the Strategic Needs listed in the report which must be addressed to prepare Melbourne, our economy and society for the Fourth Industrial Revolution. Read the article.

We are now designing taskforces to address the nine Strategic Needs critical to Melbourne's future. The conclusions of these taskforces will inform our advocacy for many years to come.

We invite all Committee for Melbourne Members to get involved by registering their interest by contacting the Committee's policy team directly. Your participation is critical to helping us shape a better future for our great city.

The Committee for Melbourne is seeking your involvement in responding to the Federal Government’s National Cities Performance Framework Interim Report released last week.

Acknowledging the vital role Australia’s cities will continue to play in generating the country’s wealth and prosperity, the report aims to measure the performance of Australia’s largest cities using critical data.

A workshop will be announced shortly, in the meantime, you can register your interest to participate.

Selected by a judging panel including Committee CEO Martine Letts, the Resilient Melbourne Citymart Challenge winners, Freewheeler and Joinwheels, are looking to ease this congestion and make the experience of traveling more socially fulfilling. To achieve this, the local startups are using smart phone technology solutions that encourage people to change how they travel around our city.

Read more about the winners.

Swinburne’s world-class expertise and the know-how of its key partners in government and industry will see the Institute:

Professor Mark Burry is the Foundation Director of the Institute. He is recognised internationally as a thought leader and researcher in the domain of future cities.
He has been the Executive Architect and lead researcher at the Sagrada Família Basilica in Barcelona, Spain and was awarded Australian Federation Fellow.

‘Melbourne’s Backyard' is an ideas competition seeking our city's best emerging and student designers to create innovative solutions for public spaces that will be disrupted by construction. It is one of the six FFG projects of the 2016-2017 cohort.

Finalists will have their work exhibited from 31 July to 6 August in the Atrium at Federation Square. The winners of the competition will be announced at the Awards evening on Thursday 3 August.

In addition to the First Prize and Best Sustainable Response Awards assigned by a judging panel, there will be a People's Choice Award. You can vote either in person at the exhibition or online via www.melbournesbackyard.com.

In other FFG news, the 2016-2017 FFG cohort met at Melbourne Law School for a productive workshop hosted by three Committee Members; Jo Fisher, RPS and the University of Melbourne. The 2017-2018 cohort attended a fascinating briefing hosted at Swinburne University on Industry 4.0, Social Innovation and Smart Cities. The workshop concluded with an awe-inspiring 3D AstroTour of the Universe, made by Swinburne Astronomy Productions.

The Australian British Chamber of Commerce (ABCC) invites Committee for Melbourne Members to a panel discussion on 'The Finkel Report and Australia’s Energy Future' at the ABCC Member Rate (Individual Ticket: $170, Table of ten: $1600).

The discussion will explore the challenges of the current energy markets, with some of the key players in the field:

Find out more about the event.
Register via the Committee for Melbourne. 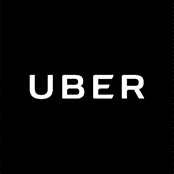 Stone and Chalk to open in Melbourne, backed by AustralianSuper, NAB, ANZ - Stone and Chalk will drive fintech productivity and growth. Melbourne must capitalise on this emerging market.

Starting as a Future Focus Group project, Open House Melbourne is celebrating its tenth anniversary this year and on this weekend. Make sure you visit Melbourne's architectural treasures!