The Hon. Al Gore delivered a compelling and inspiring presentation on climate change this morning at the Ecocity World Summit 2017 Melbourne currently being held in Melbourne on the unprecedented ecological, economic, political and cultural challenges and opportunities facing the world’s cities.

The Hon. Al Gore
Credit: The University of Melbourne

Comparing the current rate of increase in global warming to exploding 400,000 Hiroshima atomic bombs per day everyday of the year, he highlighted some of the worst effects of climate change:

Gore did however deliver a message of optimism with solutions to be found in technology and cities.

Innovation and global markets will continue to be the primary driver for the growth in low-carbon technologies. The speed of the digital revolution is decreasing the cost of renewables. Coupled with battery technology, their effect will be transformative.

Cities are already taking the lead in investing in clean technologies. This is significant, because by 2050, globally, cities will house more than 70% of the world’s population. For example, the City of Melbourne (a Committee Member) plans to achieve zero net emissions by 2020.

Al Gore saw the 2015 Paris Agreement as a real sign of positive change, noting that all major movements in history were met with ferocious opposition at first.

The Hon Al Gore
Credit: The University of Melbourne

Quoting Wallace Stevens he said: "After the final 'no' there comes a yes. And on that 'yes' the future world depends".

"The will to change is itself a renewable energy" - Al Gore

Melbourne 4.0 on the move

Last month, Committee for Melbourne Director of Policy and Research Sander van Amelsvoort, was invited to Sydney by Committee Member CSIRO to present on our Melbourne 4.0 Taskforce.

Employing the same scenario planning methodology used for the Melbourne 4.0 Taskforce, CSIRO is working with Sydney Water to assist their Common Assumptions Planning Group to think about the future of Sydney. The group was particularly interested to hear about our collaborative approach for our flagship taskforce. The Common Assumptions Planning Group includes the New South Wales Department of Planning and Environment, the City of Sydney and the Greater Sydney Commission.

We often hear about the competition between Australia’s prominent capital cities. This engagement is a good example of how we should be looking to learn from each other’s experiences in dealing with the challenges and opportunities that our cities face in planning for the future.

The precinct has been supported by Victorian Government funding of $1.5 million from the Regional Jobs and Infrastructure Fund, and Linfox.

The Avalon Airport Masterplan was approved by the Federal Government in late 2015 paving the way for the precinct.

It will allow Avalon Airport to diversify its operations, solidifying its future as an important logistical and freight hub. 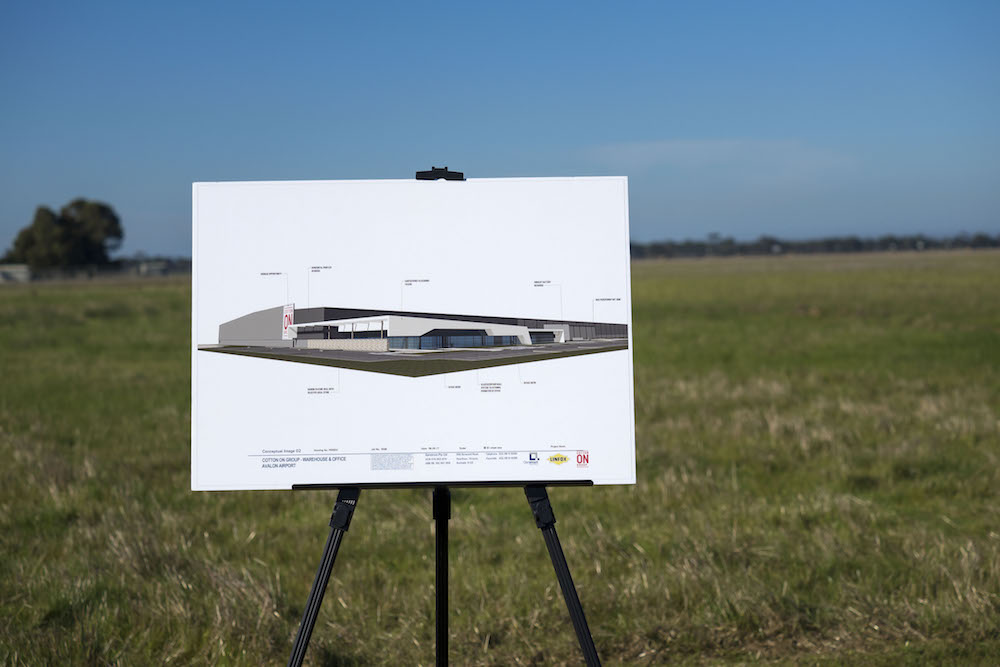 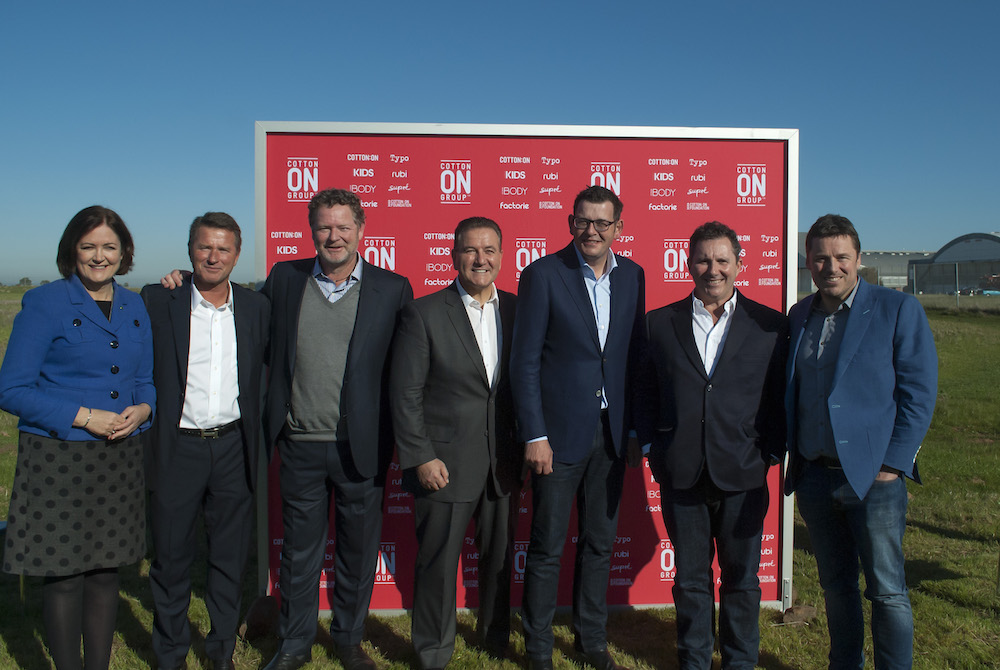 “The Industrial Precinct provides great opportunities for new and expanding businesses that want the convenience and security of an airport location,” says Avalon Airport CEO Justin Giddings. “Avalon’s proximity to both Melbourne and Geelong makes this a sought after site.”

The Industrial Precinct launch is yet another event in an exciting series at Avalon, following Jetstar’s 10 year commitment, expansion of flights and routes and the launch of SkyBus Avalon City Express – the service travelling between Southern Cross Station and Avalon Airport. 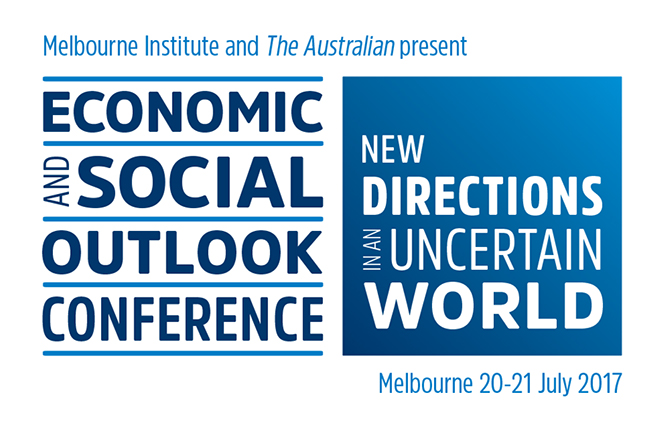 As a Committee for Melbourne Member, you can attend at the ‘Academic/Discounted rate'

This is an opportunity to listen to the latest policy thinking and research findings in banking, innovation, social services, energy, education, health and more. The detailed program and timings can be found here.

Other Confirmed Session Speakers include:

In addition to the two-day conference, you may be interested in attending the conference dinner on Thursday 20 July, featuring keynote speaker The Hon Scott Morrison MP, Treasurer.

The conference is co-organized by the Melbourne Institute, The Australian and supported by the Productivity Commission.

Registrations for the Conference and/or Dinner can be made here. Enquiries can be made via email.

Corridor Protection: Planning and investing for the long term argues that close to $11 billion in land purchase and construction costs could be saved by taxpayers, provided governments acquire and protect seven corridors identified as national priorities.

The Committee for Melbourne supports Infrastructure Australia’s efforts to encourage protection of strategic corridors as a prudent investment which will give current and future governments the capacity to respond to issues associated with a growing population.

Corridor protection aligns with the outcomes of the Committee for Melbourne’s Melbourne 4.0 Taskforce, which has identified the need for increased eastern seaboard collaboration and connection such as an eastern seaboard transit link.

FFG Alumni: The Future of Jobs

Mercer Principal Dr Ben Haste spoke about the Fourth Industrial Revolution as the driver of great changes in the world of work due to:

With reference to the World Economic Forum paper on The Future of Jobs, Ben said "The pace of change will accelerate – up to two-thirds of children will end up in jobs that don’t currently exist … Critically we must collaborate, not compete, across public and private sectors that are complemented by policy reform”.

A lively Q&A session followed a brief presentation on the Committee's Melbourne 4.0 Taskforce by Policy and Research Director Sander van Amelsvoort, which has as its central theme the impact on Greater Melbourne of the Fourth Industrial Revolution.

Committee for Melbourne Member MCEC's CEO Peter King was recently appointed to the International Association of Convention Centre’s (AIPC) Board of Directors. AIPC represents a global network of more than 180 of the world’s leading convention centres across 59 countries, all committed to excellence in convention centre management. Congratulations Peter! Read more.

As visitor numbers crest 420,000, Van Gogh and the Seasons has officially become the most successful ticketed exhibition in the NGV’s 156-year history.
Congratulations to our 2016 Melbourne Achiever Award winner and its Director Tony Ellwood!  Read more (paywall).

Establishing a Fintech hub in Melbourne - Committee for Melbourne welcomes the news of the Victorian Government-led establishment of a Fintech hub at Docklands. With its vibrant financial services sector and highly skilled workforce, Melbourne is well placed to capitalise on this emerging market.

$7b third airport proposed for Melbourne - Committee for Melbourne believes the opening of a third international airport must be given serious consideration, so long as it forms part of a broader integrated infrastructure plan for the state.