As we await the date for the release of the Victorian Budget and consider the implications of Hazelwood power station closure for energy security, our forthcoming Annual Dinner could not be more timely.

Themed to coincide with the unveiling of key findings from our MELBOURNE 4.0 report co-created with our members, it will celebrate the role the Committee will play in highlighting what our city needs to thrive well into the future.

We are very fortunate for the support of the following Foundation Members which have made our 2017 flagship event at Melbourne Museum’s Touring Hall on 11 May possible:

With tables filling up fast, please email us for a booking.

I am pleased to highlight a number of key upcoming events:

Information for the Leading Thinker Series and the Transport Series, both scheduled for the second half of 2017, will be released soon. If you would like to host an event, please contact us.

On 30 March, CEO Martine Letts spoke at member PwC Melbourne's bi-annual Town Hall meeting where all staff come together to discuss the latest trends and the firm’s strategic priorities. This year, PwC identified building vibrant cities with infrastructure fit for the future as one of its key, national priorities of importance to society and our community. This aligns completely with the Committee’s MELBOURNE 4.0 agenda. 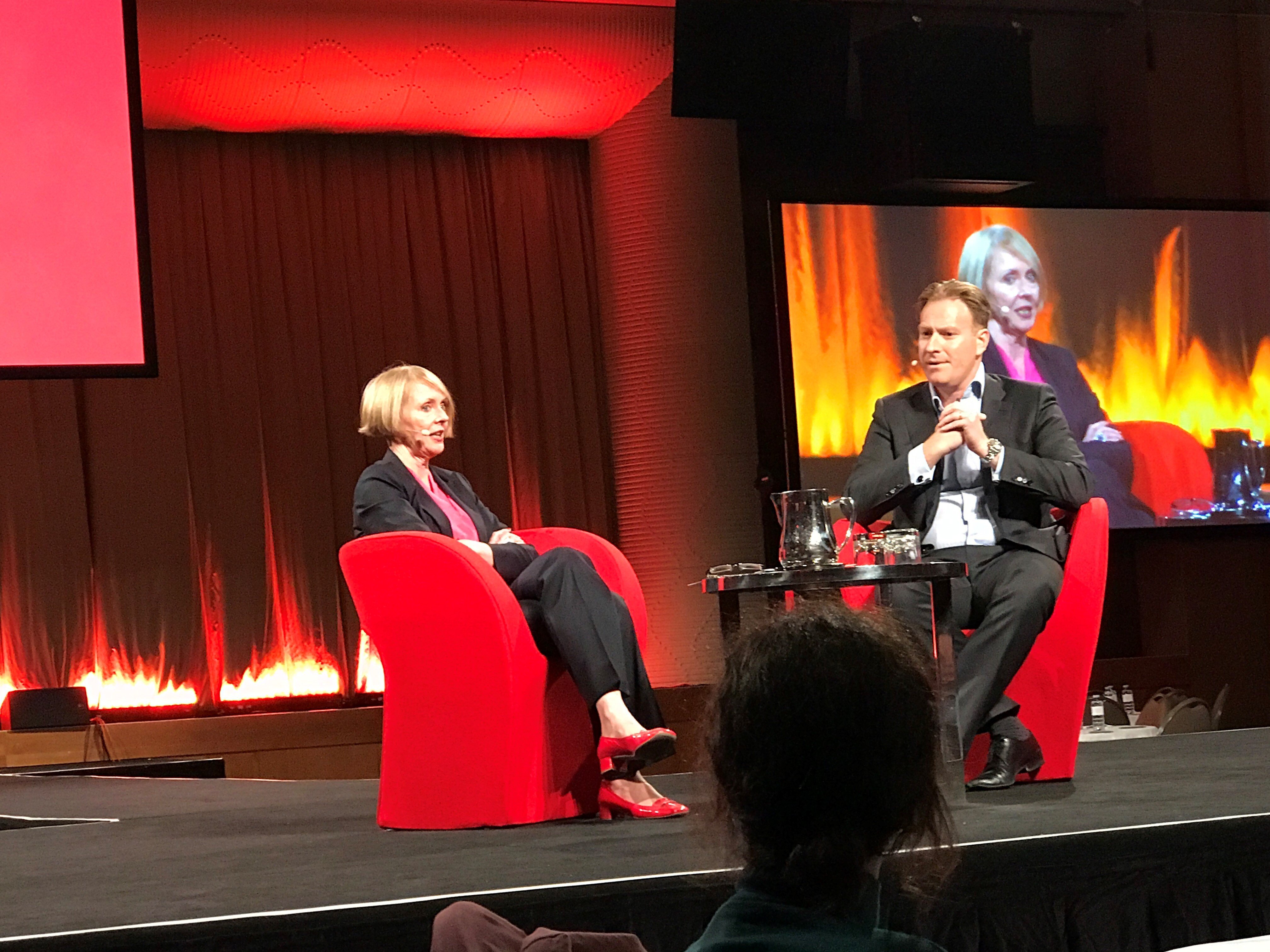 The Town Hall meeting was a great opportunity to brief around 1200 highly motivated PwC employees on the Committee’s flagship MELBOURNE 4.0 Taskforce which will identify what the Fourth Industrial revolution means for our city’s economy and liveability. It will also identify the strategic needs to be addressed to ensure Melbourne can continue to produce and attract talent and investment fit for the challenges of the 21st century.

Our flagship business and civic leadership program is in full swing!

FFG 2016-2017
Director and Founder of the Melbourne Prize and FFG Alumnus, Simon Warrender, addressed the 2016-2017 cohort, kindly hosted by AusNet Services on 11 April. Simon discussed his successful FFG project, The Magic Pudding, following which he founded and established the Melbourne Prize Trust. 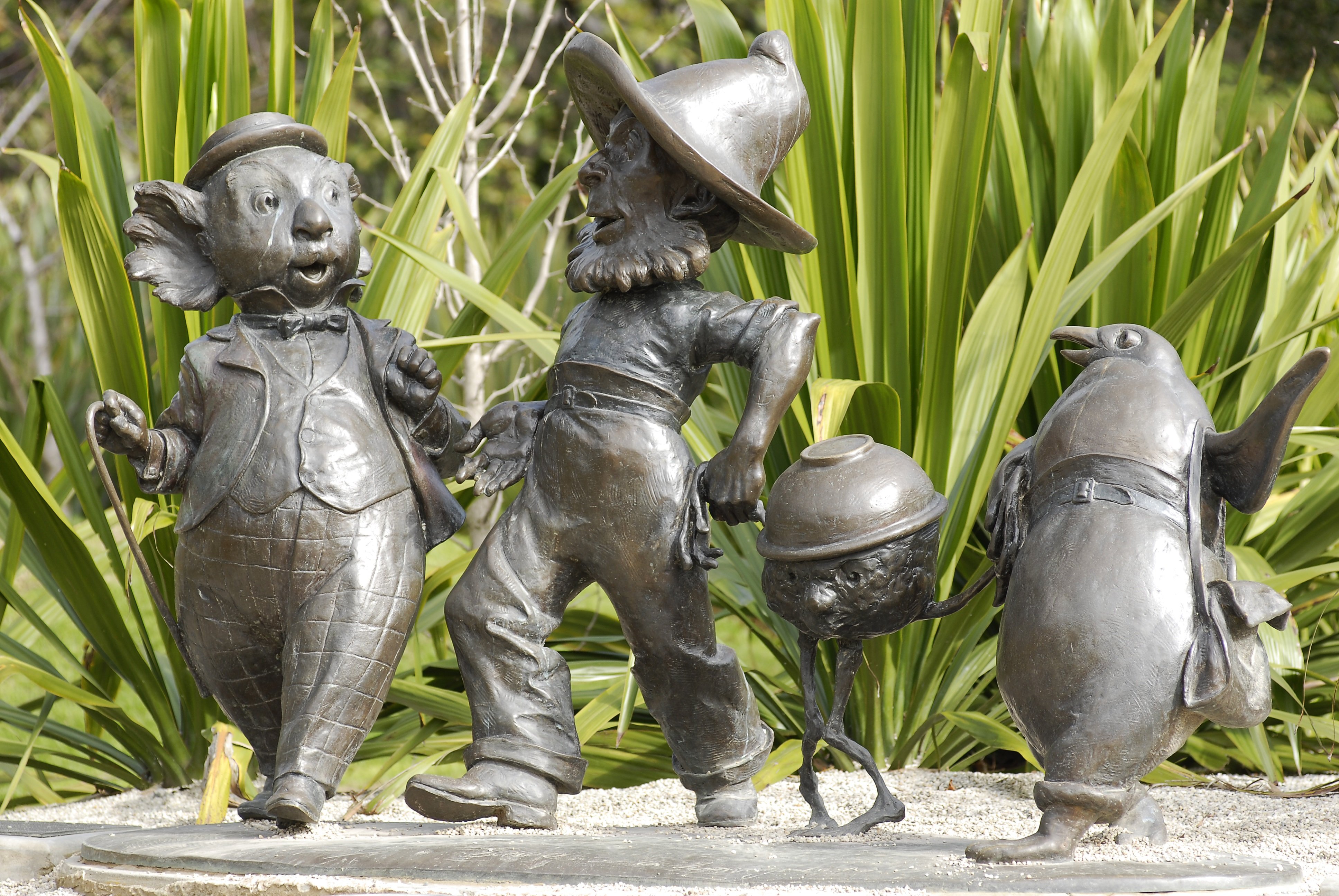 The Magic Pudding sculpture in the Children’s Garden

Their May workshop, to be hosted by Aurecon, will feature local Aurecon leader, Louise Adams. Six teams will submit draft project business plans to the Committee for review and comment by 31 May.

FFG 2017-2018
Collaboration skills development, with collaboration designer, John Hibble, is the focus of the next workshop for the 2017-2018 cohort. Development Victoria, which brings together Places Victoria and Major Projects Victoria, is the host at its Goods Shed offices just before their relocation to Exhibition Street. We are excited that three teams will submit synopses of their proposed projects at their May workshop on Tuesday 30 May in advance of presentations to the review panel.

FFG Alumni
The Future Focus Group Alumni Steering Group has chosen a new location for its first 2017 event. Informal drinks will take place at Fratelli Fresh on Alfred Place on Monday 15 May from 5.30pm. This informal gathering for Alumni and current participants is an opportunity to connect but also hear from CEO Martine Letts who will provide an update on the Committee's MELBOURNE 4.0 Taskforce. Invitations coming soon.

The Committee’s 2016 recipient of the Melbourne Achiever Award, the National Gallery of Victoria (NGV) has once again cemented Victoria’s reputation as the Creative State. As revealed by the UK’s The Art Newspaper, the gallery led by Tony Ellwood, ranked as the 19th most popular gallery in the world in 2016 with more than 2.6 million visitors across its two campuses.

In another major coup for Melbourne, the NGV has secured leading works from international museums to present Van Gogh and the Seasons for the 2017 Melbourne Winter Masterpieces series, in partnership with Art Exhibitions Australia. Independent art historian and former Head of Collections at the Van Gogh Museum, Amsterdam, Sjraar van Heugten has curated this internationally exclusive exhibition for Melbourne, from 28 April to 9 July, on what promises to be a standout art experience.

Following the release of the State (date TBA) and Federal Budgets (9 May), we will provide briefing notes on key points of interest and relevance to our members.

Fishermans Bend
Committee members have been actively involved in community consultation in both the Fishermans Bend urban renewal and Victoria’s better apartment design standards. We are pleased to see the following recent developments:

Fishermans Bend Framework: Further details on the Integrated Transport Plan as part of the draft Framework will be released mid-year for public consultation.

Montague precinct: The Victorian School Building Authority has started construction on a new vertical primary school in the Fishermans Bend, Montague precinct. Included will be a tram stop and road intersection upgrades, as well as streetscape works, to enhance the connectivity and safety of the precinct in the lead up to and following the completion of the new school.

Better Apartments Design Standards: Part of the Victorian Government’s reforms to create a higher standard of residential development, while maintaining affordability, came into effect on 13 April 2017.

World Summit conferences at the Melbourne Convention and Exhibition Centre will showcase the opportunities presented by Fishermans Bend:

Closure of Hazelwood power station: Notwithstanding the significant loss of jobs, the power station’s closure is expected to increase electricity wholesale prices and household bills across Victoria, New South Wales, Tasmania, the ACT and Queensland. The closure exacerbates the uncertainty surrounding energy security and highlights the urgency and importance of relevant agencies and government collaborating to develop an Australia-wide energy security policy.

Virtual reality is changing the future: Opportunities offered by this technological leap forward are already having a significant impact on industries. For the automotive industry, and many others, virtual engineering can promote substantial savings in both time and cost, as well as helping to deliver a higher quality product.